The most livable city in the world? Few people know about it, and the fact is quite understandable given that it is on the other side of the globe. But it is the first thing to keep in mind when you set foot in Melbourne: the capital of the state of Victoria (south-eastern Australia) wins the title of “most livable city” awarded by the Economist Intelligence Unit’s annual global liveability for seven consecutive years. survey . You do not have to be passionate about trends to guess that a trip to the land of kangaroos, for the globetrotters of the Third Millennium, must necessarily start from there.Among the wonders of this metropolis elected as symbol of the new Australian identity is the movement of street art,

which here offers themed walks among the open galleries of the young talents of the spray that with their graffiti have colored entire streets, becoming a global reference point. Then there are the architectures: the historical ones, in Victorian style, delicate as lace; and the 2.0 ones like the Melbourne Recital Center with a honeycomb facade, or the Southbank skyscrapers that are reflected in the Yarra River.Waiting to see the light of the skyscraper of the Australian Elmer Fraser inspired by a video (and the sinuous shapes) of Beyoncé, we go for artisans at the Central Business District, with boutiques that select the best of local fashion, and we breathe the sea ​​breeze in the cosmopolitan area of ​​St Kilda. The ocean with the capital “O” is the protagonist of an unmissable excursion, the one along the Great Ocean Road, over 300 km of panoramic coastal road that give a different scenario to every curve: see the surfers who ride the waves, the Southern whales during their seasonal migration, the limestone cliffs of the Twelve Apostles.

A natural poem without equal, equal only, for intensity of emotions, to the charm that you try in front of another masterpiece carved in the waters of the Pacific:The starting point for diving and snorkelling along the coral wall is Cairns, a town of over 130,000 inhabitants gathered around the Reef Fleet Terminal, where cruise ships sail.

If you do not let the fish catch you too much, remember that there are other natural spectacles worth discovering, from the beach of Cape Tribulation, the last frontier of tropical exotism, to the rainforest of Daintree, which besides being the oldest of the world (World Heritage Site, as the same Barrier Reef) has been a source of inspiration for the movie Avatarby James Cameron. Declared national park, the forest of Daintree is discovered on foot and with poetic excursions on the river of the same name, stopping at Mossman Gorge: a mosaic of water and granite rocks that originates natural emerald pools, due to the intense green embrace of the vegetation . He would want to stay there and discover it all, this continent of wonders. But since this is just a continent, I choose to get back on the road to another urban pearl, postponing the suggestions of nature to the next holiday. 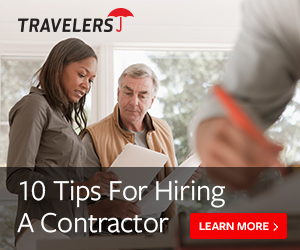 Powered by WordPress | Theme by TheBootstrapThemes